Panther Martin How to Catch Snook

A favorite of surf-casters, bank fishermen and inshore boaters alike, snook are a relatively aggressive species that patrol shallow coastal waters, estuaries and brackish lagoons but can also slide far inland up rivers, canals and tidal creeks due to their ability to tolerate freshwater for substantial periods of time. Technically speaking, there are a dozen distinct species of snook that inhabit tropical and sub-tropical waters in the Americas, six found in the Atlantic and six found in the Pacific.

Easy to identify, snook have a pronounced lower jaw and dark black lateral line. Their back and flank colors can vary somewhat from gold or silver to sandy brown or even olive green. They are serious predators but will also forage on crabs, shrimp, shellfish and similar bottom fodder. Their propensity to favor live baitfish makes them a natural target for sport fishermen. Beware the sharp gill plates when handling and releasing these fish – they can easily slice a careless hand.

Snook cannot tolerate water temperatures that dip much below the 60-degree mark, and die-offs occasionally occur when large numbers of fish holding in shallow waters are caught in a sudden, sharp cold snap. To protect snook stocks from such calamities, and to prevent overfishing of the species, populations are highly regulated so be sure to check the rules before heading out in search of this tasty and hard-fighting fish. 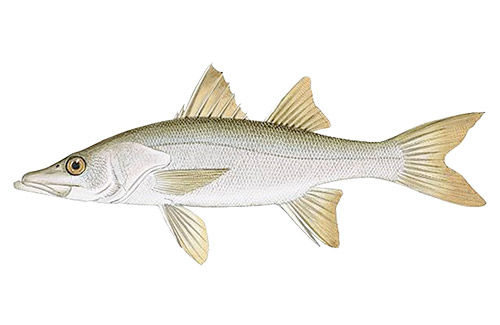 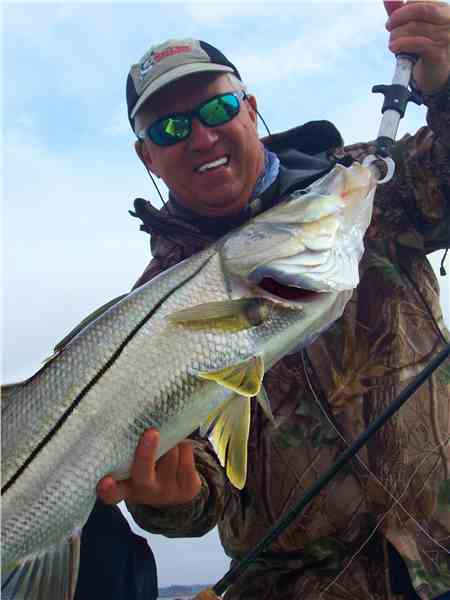 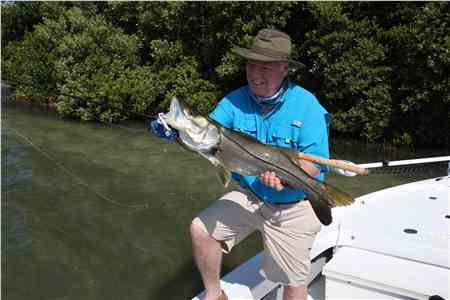