The various salmon species and steelhead trout are closely related in that both are anadromous fishes, meaning they are born in freshwater, run out to sea for several years, then return to their birth waters to spawn. While the term truly applies to coastal species that made the transition from freshwater to saltwater, both salmon and steelhead have been widely stocked in large freshwater systems like the Great Lakes, resulting in additional localized runs from big open freshwaters up connecting rivers, creeks and streams.

A favorite target of anglers wherever they occur, both salmon and steelhead grow large, fight hard and taste great. They are often caught in the same waters but there are some significant differences in their life cycles, favored environments and lure presentations to which they are most receptive. For starters, most salmon that enter rivers on their spawning run will die once their task is completed. Steelhead, on the other hand, can spawn annually and exit rivers to return to their favored feeding waters. Salmon do not feed upon commencement of their spawning run and, as such, must be aggravated into striking. Steelhead trout, by comparison, continue to feed and will strike out of hunger or aggression. Both require cool, highly oxygenated water with temperatures of 64 degrees or less to thrive. While various salmon species begin their spawning runs in the summer and fall, steelhead runs generally peak during the winter months.

Salmon species that will smack spinners include chinook (king), koho (silver,) pink (chum,) Atlantic, kokannee and sockeye. Steelhead are actually rainbow trout that lose their bright colors in favor of silver flanks as they enter rivers, streams and creeks. 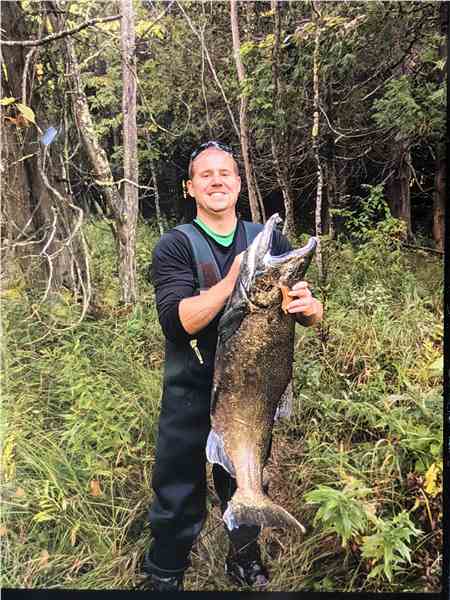 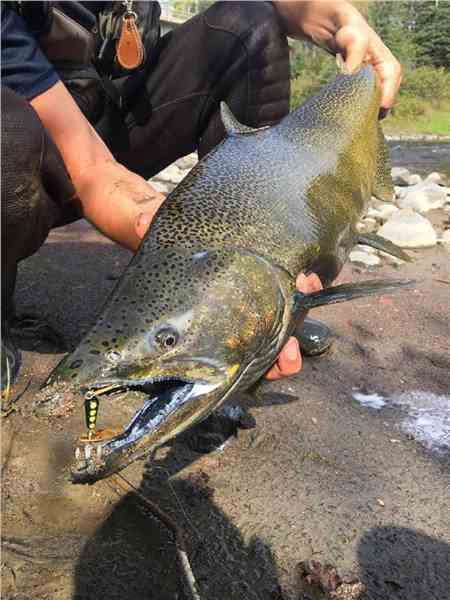 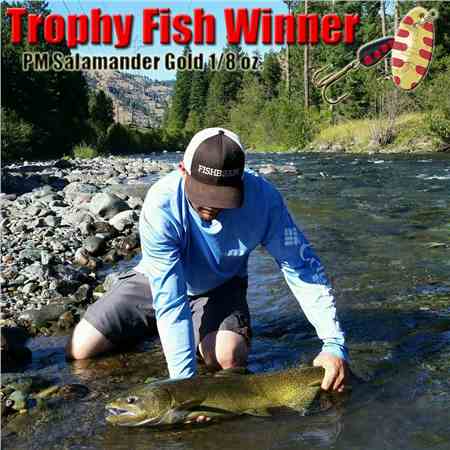 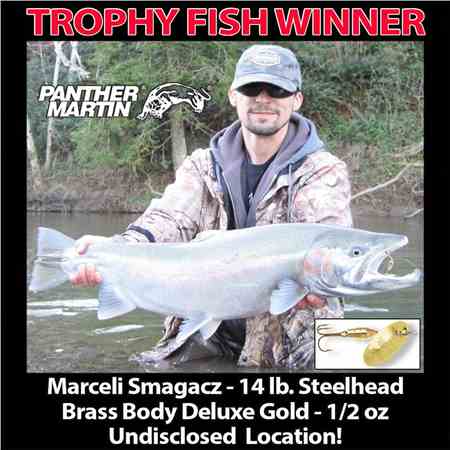 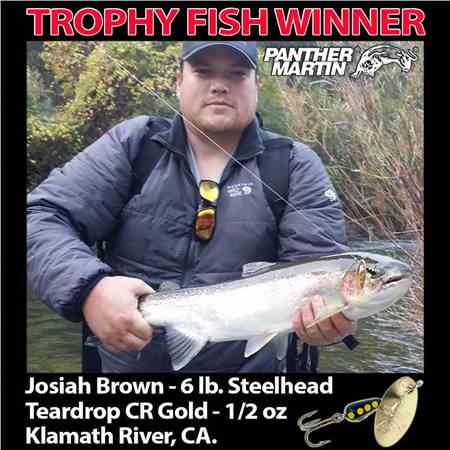 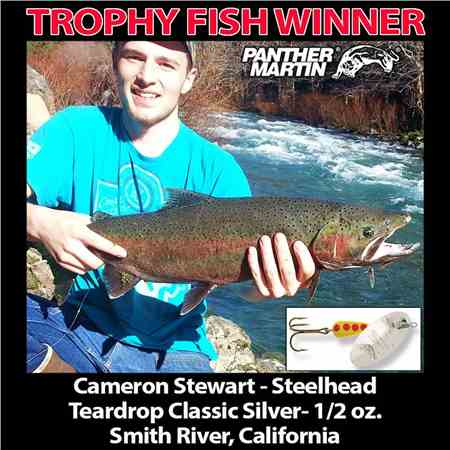 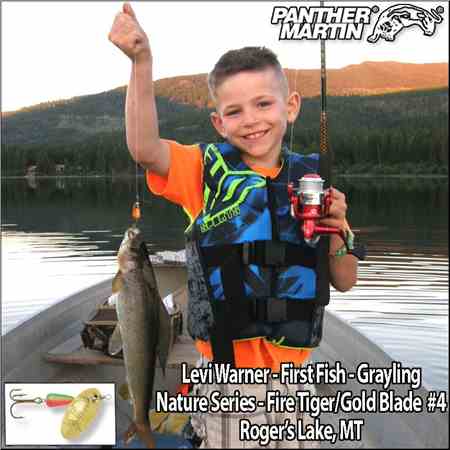 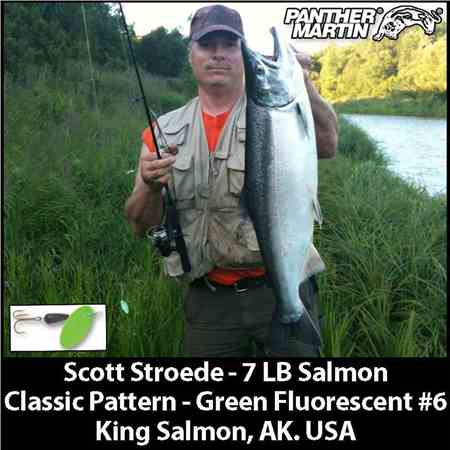 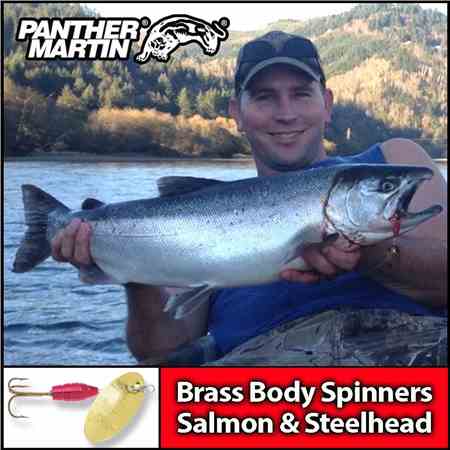